Ponte Vecchio is one of the world’s most famous bridges and eternal symbol of Florence. Above the bridge you can see a part of the beautiful Vasari Corridor. Built by the order of the Medici family, the corridor allowed them to move freely and safely between their residence the “Pitti Palace” and the government palace “Palazzo Vecchio”, without having to cross the streets. At the time of the construction of the corridor, on the Ponte Vecchio there was the meat market, which was moved in 1593 according to the Medici whishes; small goldsmith workshops took the place of the market. During the second world war, all the fiorentine bridges were destroyed by the german troops, except the Ponte Vecchio. However the access to the bridge was blocked and the Medieval buildings at both sides of the bridge were destroyed. The hotel is at 15/20 minutes walk from the Ponte Vecchio. 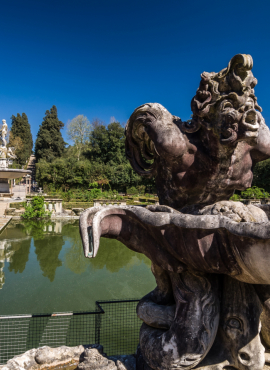 The largest monumental park of Florence, in the heart of the historical centre 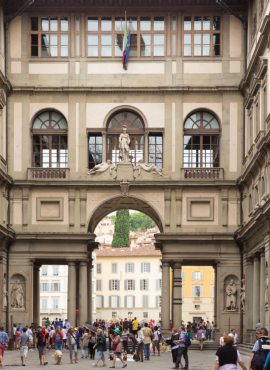 The Uffizi Gallery, together with the Vatican Museums in Rome, are the most visited italian museums 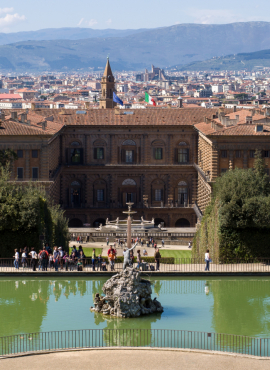 Pitti Palace holds today several principal galleries and museums: the Palatine Gallery and the Royal Apartments, the Gallery of Modern Arts, the Costu